Ben Dorst, is a native to the Central Coast of California. After highschool Ben spent some time traveling the country, aka the Black Hills of South Dakota. Ben settled back in to the central coast where he met his wife Julia. Doing everything at his own pace Ben graduated from Cal Poly San Luis Obispo in 2008, 12 years after graduating high school, with a degree in Business Administration. Ben and Julia now have two children, Edna Rose and Benjamin Jr., also known as Bubba, and a pug named Gunner.  Which brings us here, where he has now decided to start a podcast with his friend Steven so they can bullshit and hopefully make people laugh. Or not. But if they don’t make you laugh don’t let Ben know because Ben doesn’t deal well with rejection. On second thought if you don’t think the show is funny: fuck off.

Sorry, Ben takes that last part back… Enjoy the show.

Do you agree with everything we say?! Tell us! Cancel reply 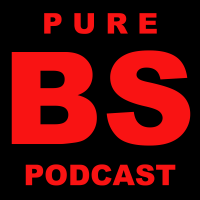 Our pile of BS